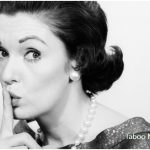 I knew I was was a pioneer into high end sex toys, accoutrements, and sexual health when I began Entice Me 5 years ago. It has been my goal to make sex a subject that was easier to talk about and no longer taboo. I didn’t expect it to be easy. What I didn’t expect was to experience such discrimination in business. I can write a full post on the ordeals of merchant services, banking, web hosting, etc., another time. But today, I want to talk about all the positive that is happening!

On January 12th, 2016, Spafinder.com released their 2016 Top Trends. Sexual Wellbeing is #2! I knew this was coming because of my partnership with Womanology+RestoreHim at Hoag Hospital. They were featured in the article and on the webinar of Trends for 2016. Having sexual wellness products at Womanology is our Entice Me pilot program (in case you didn’t know). Entice Me is the supplier and resource for the sexual wellness products that are available at Womanology. Having a large influencer, like Spafinder.com publicly acknowledge the need and want for more sexual wellbeing and information is quite a big deal!

Not only are spas bringing sexual wellbeing to the forefront, doctors and practitioners are as well. On January 20th, I will be presenting “Reboot and Entice Your Client Base with Sexual Wellness Offerings” to STEM (Sex Therapy, Sex Education and Sex Medicine) in San Diego. And there is a large Wow Sexual Health Conference in Las Vegas March 3-4th. The conference is Sexual Health as Primary Care: A Private Practice Mega Growth Strategy. I will be a presenting there, when I secure sponsorships.

On the more consumer front, XBiz (a great adult industry trade organization) has been organizing SHE- Sexual Health Expos around the country. So far there have been events in Los Angeles, New York City and Phoenix. January 16 & 17, 2016, is the 2nd annual event in LA.

Now is a great time to get involved, whether it be as a Spa owner, Doctor, Affiliate, Sponsor or as a Sexinista!

This site uses Akismet to reduce spam. Learn how your comment data is processed.

Discover yourself at Ultimate Possibilities Retreat in Aruba, April 11-18, 2023 Dismiss